While the COVID-19 pandemic is reaching its end, another major tragic event occurred on February 24, 2022, when the conflict started in Ukraine, forcing millions of people to flee their homes seeking safety in other parts of the country and in neighboring countries. More than a quarter of Ukraine’s population has been forced to flee since February 24: over 6 million refugees – 90 per cent of whom are women and children – have fled to neighboring countries, with many immediately continuing their journey to other countries. The number of displaced people is still increasing. The humanitarian consequences for the civilian population are devastating and the needs in Ukraine and neighboring countries keep growing quickly. The war and the subsequent sanctions imposed by the U.S. and its allies upon Russia and Belorussia had historic effects on the world economy and the current world order. The war has intensified the already existing inflation challenges and supply chain disruptions. It threatens global energy and food supplies. Today, the international community is mobilized to respond to a massive humanitarian crisis, which could be the largest refugee crisis of the century in Europe. And behind each number, there is a family, a story, so many poignant testimonies that reinforce our determination to act. 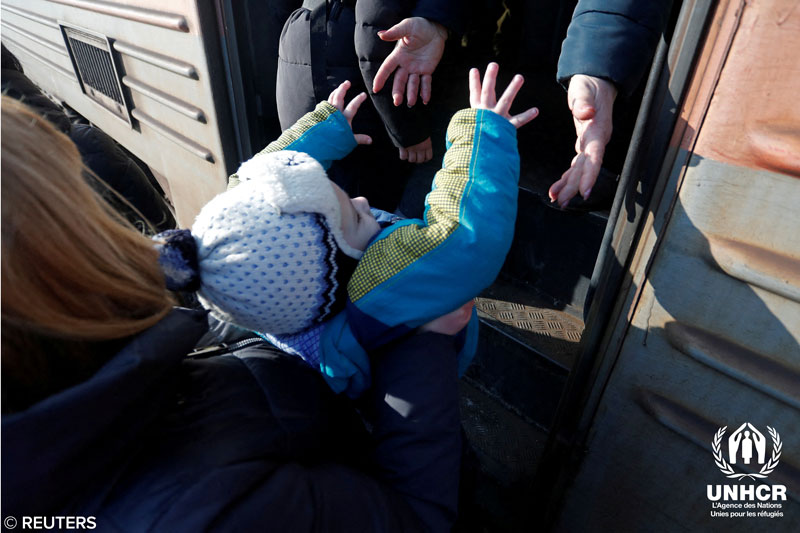 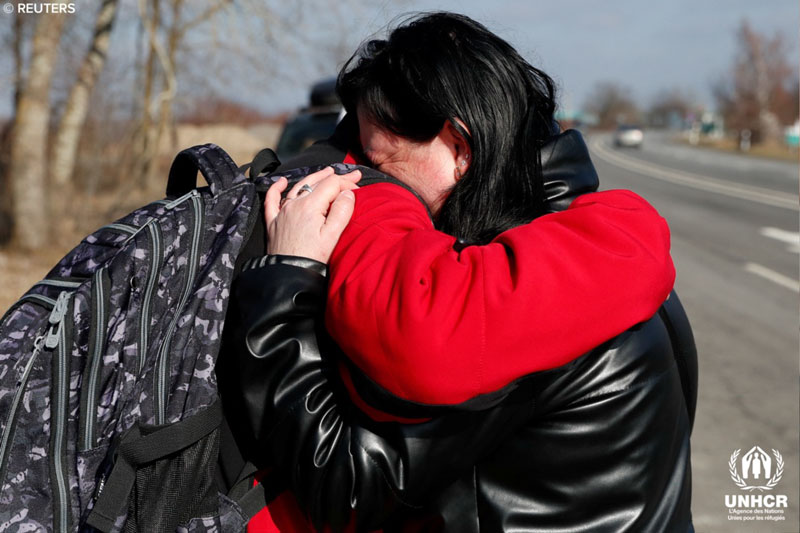 A Ukrainian family saying farewell to each other

In light of the current humanitarian situation, we at Beaches of Normandy Tours felt that we cannot stay passive on a war that is tearing families apart and is ruining the future of generations of children. As a company that strives to educate both young and old about armed conflicts with a goal to prevent future wars and to raise awareness about the horrors that wars can bring for civilians and soldiers alike, we feel obligated to support the efforts of UNHCR, the United Nations Refugee Agency, so they can continue to protect vulnerable populations. Created in the aftermath of the Second World War, UNHCR protects people forced to flee because of conflict or persecution. For more than 70 years, it has been working in more than 130 countries, in emergency situations to protect and assist people forced to flee, and in the longer term to help them rebuild their lives. UNHCR provides emergency shelter and relief items to forcibly displaced people. It sets up psychosocial support cells for refugee families and provides cash assistance to the most vulnerable people. Against this background, we have decided to donate $100 from every new booking for 2022 to support the populations affected by the situation in Ukraine. We hope that with our modest means we can help bring the war and the suffering of affected people closer to its end.